Mediation can be a useful tool during divorce to settle issues with as little acrimony as possible. Whether or not mediation was part of your initial divorce, it can also be helpful in solving new issues as they arise after the divorce. Post-divorce mediation in Baltimore allows former spouses to address unforeseen circumstances without reopening old wounds and going into the process as adversaries, since mediation is focused on building agreements that are acceptable for everyone. Here are some of the many reasons people attend post-divorce mediation. 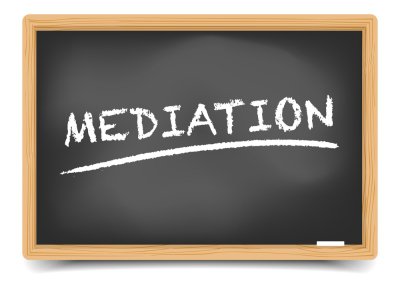 There are numerous reasons why a child support agreement may need to be modified, from job loss to increased income. When a circumstance arises that causes one parent to reopen the discussion about child support, mediation allows him or her to do so without the contentious nature of court. A mediator can help both sides lay out their opinions and work with them to build a new agreement that satisfies both sides.

Child custody is almost always a difficult issue during divorces, and sometimes, after the final decree is issued, parents find that the agreement isn’t working. Perhaps the children want to split up their time differently or one parent feels like he or she needs more time with the children. In some cases, parents need to adjust child custody and visitation schedules because of relocations or changes in working hours. Rather than arguing over the issue in court, mediation lets parents work together on the same side to give and take on an agreement that meets both of their needs.

Sometimes, the circumstances that were in place during the original alimony ruling may change, forcing the need to modify the agreement. For instance, the spouse paying alimony may lose his or her job, changing his or her ability to pay, or a spouse receiving rehabilitative alimony may finish school early and land a lucrative job. Mediation gives both parties a place to discuss their concerns openly and collaboratively in order to come up with a solution.