The Benefits of Mediation in Child Custody Disputes

During a divorce, child custody is a particularly contentious issue. Clashes over custody can do lasting damage to the relationships between parents and children, especially when coming to an agreement involves nasty courtroom battles. Mediation offers an alternative that can be easier on families. Talk to a mediation lawyer in Baltimore if you are facing a child custody dispute to see if you could come to an agreement outside of the courtroom that works for your family. Here are some of the benefits to choosing mediation in your custody dispute. 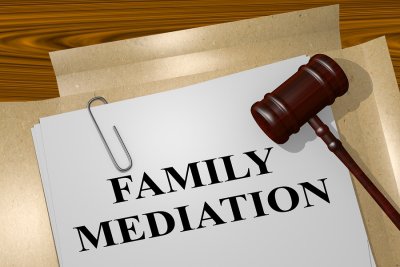 Mediation is not adversarial, as disputes decided in the courtroom can be. The goal of mediation is for all parties to work together to come up with a solution that is right for everyone. There are no winner or losers in mediation, so the overall process is less overwhelming. A third-party representative will guide the mediation process and ensure that no one’s rights are violated, so you can focus on making an agreement instead of being on guard.

When parents are locked in a custody dispute, their animosity almost inevitably encroaches on their children’s well-being, even despite the best intentions. Kids may feel pressured to choose sides or may hear one parent talking disparagingly about the other parent, causing confusion and fear. Because mediation is easier on parents, it is also easier on kids. They may also get an outcome that is better for them, since the focus of everyone in mediation is to make a plan that is right for the children.

Mediation helps to set the tone for what the new normal will look like after a divorce. When parents cooperate during mediation and come up with a child custody plan they both feel good about, they walk away feeling encouraged about their abilities to co-parent even after divorce. This kind of cooperation sets the stage for future issues to be negotiated collaboratively rather than in an adversarial manner.